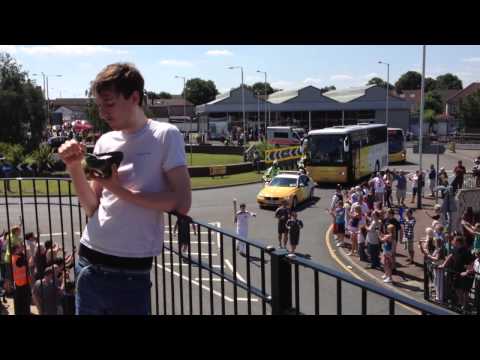 The Olympics only comes around once every four years, and the chance that the world wide competition will take place in your home town is even more rare.

But not everyone is excited about the upcoming sporting events. The self proclaimed Breakfast Guy‘s breakfast was ruined by the Olympic torch parade that happened to take place right outside his apartment.

The once in a life time opportunity prompted many fans to show up in the streets to greet the procession, but had a Breakfast Guy turn his back on the parade with with scowl on his face. The video is going viral after being featured on VideoGum.