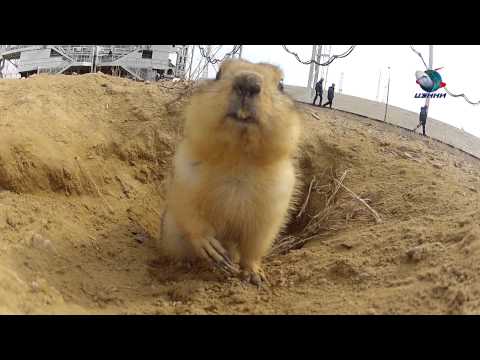 This video was published in May by malygin, but is has only gone viral at the end of July, and now stands with over 400,000 videos.

NPR reports on the video that it was taken by accident in Baikonur, Kazhakhstan, the famous space rocket launching location that sent Sputnik into the sky that frightened Americans in 1957.

Apparently, a camera left his camera on the ground right next to a gopher’s house. The rodent doesn’t seem too impressed with the nearby rockets, and is more focused on the camera that’s intruding into his ‘front yard.’

The video is also covered on Arbroath, io9, TastefullyO, and IrenesInternet.