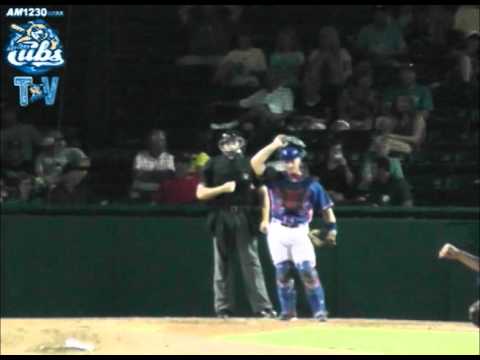 Music at the ball park is just as important as the peanuts, hot dogs, and souvenirs. But home plate hyper sensitive umpire Mario Seneca at the Daytona Cubs game in Fort Myers didn’t appreciate the ‘music man’ playing the classic tune Three Blind Mice on the organ.

He was so offended by the implied ‘musical insult’ that he ejected music man Derek Dye, and demanded no music and no PA announcements for the remainder of the game.

What a Negative Nancy.

And yes, apparently the ump does in fact has the authority to eject the PA guy.

The video has instantly gone viral, being featured on WashingtonPost, TheBlaze, Reddit, and HuffPost.