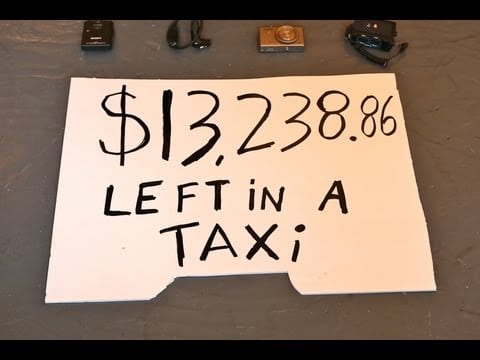 After a crazy 18 hour work day, Casey Neistat landed in JFK, took a cab to pick up his car, and left for Connecticut. It was only an hour into his drive that he realized he left all his luggage in the cab.

After following all the right steps to recover his bags, nothing came up, and he feared he may have lost–not his dirty socks and old gym shoes–but the equipment he uses everyday for a living. His camera gear.

Amazingly, the next day, he received a call from the police. They had his bag.

Read the entire story on NewYorkTimes. The video is featured on LaughingSquid, DailyPicks, and GearLive.