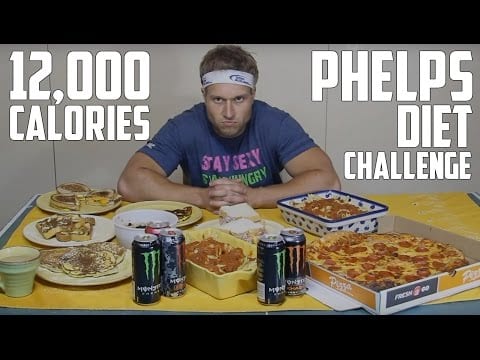 Competitive eater Furious Pete is also an athlete, though not on the same level as Phelps. But nevertheless, he has decided to please his fans and take on the ‘Michael Phelps Diet Challenge,’ consuming over 12,000 calories in one sitting.

Now that’s a sports the American people can get behind! The video is featured on MostWatchedToday, VideoSift, , and BodyBuilding.