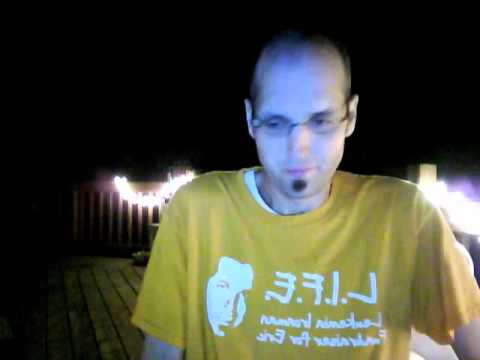 In his very first video blog way back in 2009, titled Eric’s Confessions, Eric announced the terrible news that he had cancer.

Now, he has made his final video, appropriately titled Eric’s Confession Final, after his doctors have basically said the battle was over. The news that he is going to die at the young age of 28 is emotionally overwhelming and Eric just lets it all out. He’s naturally terrified of death and of losing his loved ones.

The difference three years of cancer takes on a person is truly horrifying.