Bill Nye Says Creationism Is Not Appropriate For Children 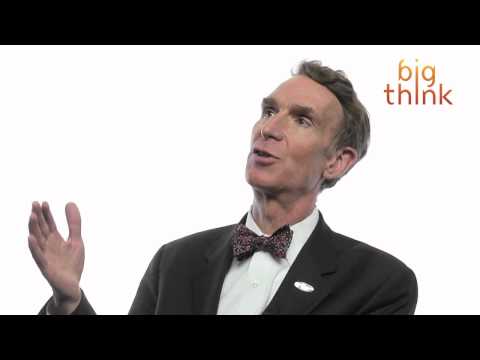 Educational and science focused Big Think doesn’t usually published hit viral videos as the Internet is more focused on cats than the wonders of the world.

But their latest video featuring popular TV personality Bill Nye The Science Guy erupted over the weekend, and now stands with over 1.2 million views.

Bill covers the controversial topic of Creationism, the pseudo-science claiming that the world and the universe is only around 6,000 years old. He says that though you may want to adhere to a false sense of reality, you shouldn’t push that false world view on your children.

The viral video is featured on Fark, GeekoSystem, CNN, and NYDailyNews.