Brewing Beer At The White House 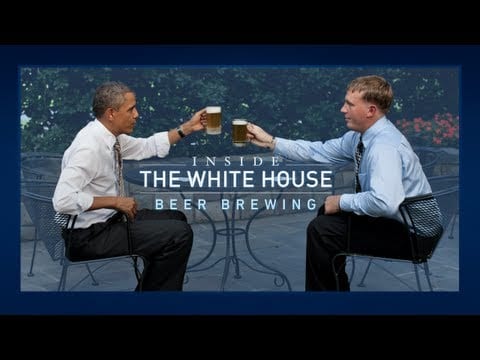 You may have been hearing about a new classified leak from the Obama administration. The people heard Obama was holding a secret, and demanded for him to spill the beans.

What’s the big secret? Obama’s very special White House beer recipe. Now that the recipe has been officially released, the White House published this behind the scene video that has gone viral over the weekend, amassing over 210,000 hits in just one day.