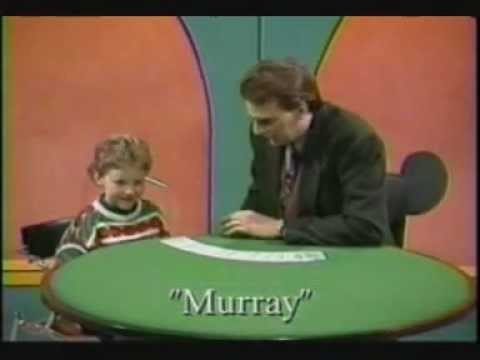 Magicians like performing tricks for young kids because they are easily convinced and are equally amazed. David Williamson thought he had a great victim for his card trick in this older video that just went viral.

But when he starts the trick and explains, “OK, Murray, we have three cards…” Murray interrupts him.

“No, there’s four I can see another one under this one.” and proceeds to peel a hidden fourth card from under the last.