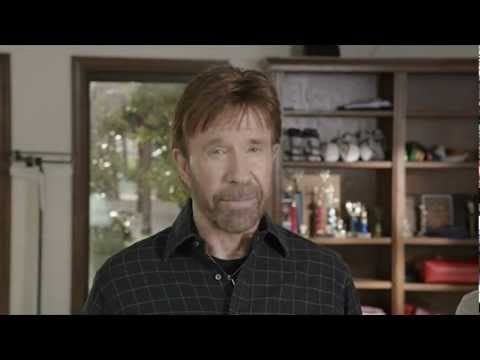 Anyone who has used the Internet in the past ten years knows no one compares to Chuck Norris. The Texas Ranger from the 90’s maybe off the air, but his presences online has only grown as he is still one of the most popular memes.

But now the Internet is standing at a crossroads of cognitive dissonance as Chuck has just gone viral this morning with this very harsh anti-Obama video. His wife even quoted President Reagan saying if they fail they will be sentencing their children to 1,000 years of darkness.

On one hand, the ‘net overwhelmingly leans to the political left and loves Obama, but on the other hand, the web also just loves their stupid memes.

So will Chuck Norris lose some of his meme-love?

YouTuber pickledbushman thinks so and commented, “I have lost so much respect for guys like Clint Eastwood and Chuck Norris. They really are bottom feeders pandering to low-information voters. 1000 years of Darkness? Really? How far did Chucks wife have to reach up to pull that from?”