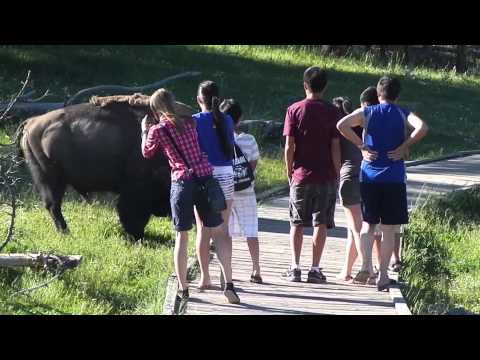 During a nature hike at Yellowstone National Park, this group of kids find a bison standing in their path. Instead of the chaperones calmly explaining to the kids that this is not the zoo, and this huge and powerful beast could cause great harm, they just video record while they allow the kids to slowly creep up on the bull.

The cameraman even notices that the bison was showing aggressive behavior, but does nothing. Finally, the bison has enough, and the kids start to run, only further enticing the bull to chase one of them. Luckily for the child, the bull didn’t seem to be giving the chase its all, and he escaped unharmed.