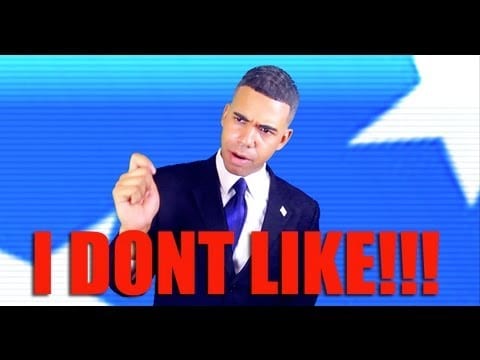 Alpha Cat, arguably the most famous Barack Obama impersonator on the Internet and definitely the only rapping one, is back just in time for the 2012 presidential election campaign.

He kicks things off with a special Democratic National Convention themed music video, titled I Don’t Like. Perhaps this is what was going on in Barack Obama’s mind during his nomination speech.