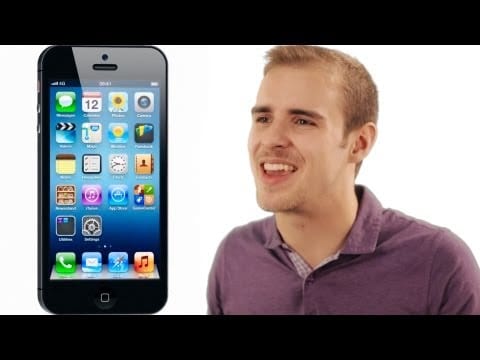 The musical hipsters at AVbyte knew that they had to do something special in honor of the newly announced Apple iPhone 5 debut. It’s a new iPhone for goodness sake!

So what better way to celebrate the new slave-made, over-priced, bad for the environment, pop culture obsessed consumer electronics device than to make a musical iPhone commercial parody?