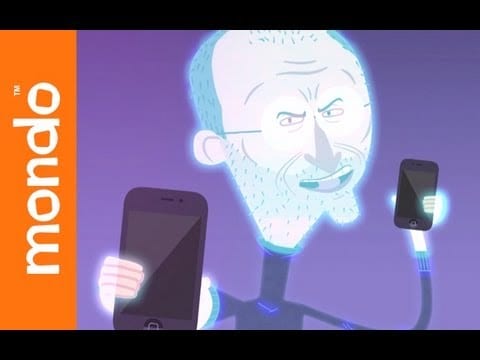 Talk over the new iPhone 5 has Apple fans dancing with excitement and even some analysts saying the new smart phone could help push the US economy forward.

But others are worried if the new iPhone will live up to the name of Apple without the late Steve Jobs running the company as CEO.

Luckily, MondoMedia was able to ‘confirm’ in this very ‘official’ press release video for the iPhone 5 that Steve Jobs has returned to his position as CEO, only as a rapping hologram.

The new parody animation has already garnered more than 150,000 hits, and is covered on Gizmodo, LaughingSquid, and Todaysiphone.