Relaxed Cat Sits Like Person On Railing At The Park 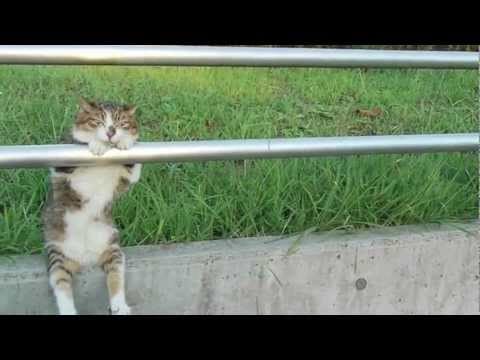 As summer comes to a close, it’s time to take advantage of the last bit of nice weather. So go outside, and sit by the ball park.

This relaxed cat has the idea. The kitty was caught by lookcyber007 on camera having a nice sit just like a person would. The video went viral this week, and has amassed more than 145,000 hits, and has been showcased on Gawker, MostWatched, DailyPicks, and msnNOW.