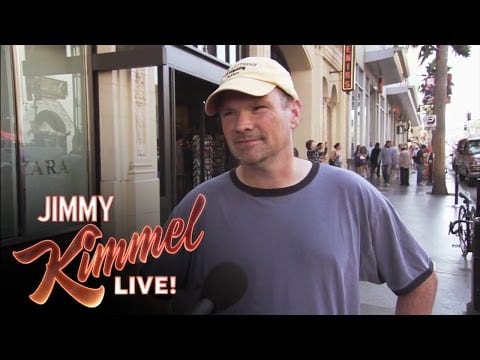 There’s no question our brains are much more affected by large scale marketing than we could ever realize. To show how easily we can be tricked into thinking a product is better than the previous, even when the product is nearly identical, Jimmy Kimmel Live hit the streets with a new iPhone 5 to ask people what they thought of the latest Apple smartphone.

Only thing is, it wasn’t an iPhone 5, that hasn’t been released yet. It was the same ol’ iPhone 4S. So how do people respond? They love the ‘new’ phone, and claim it is faster, better, thinner, and lighter than the ‘previous.’

If only Apple knew this, they could literally just rebox the same 4S’s and simply sell them as the new 5’s for $200 more!