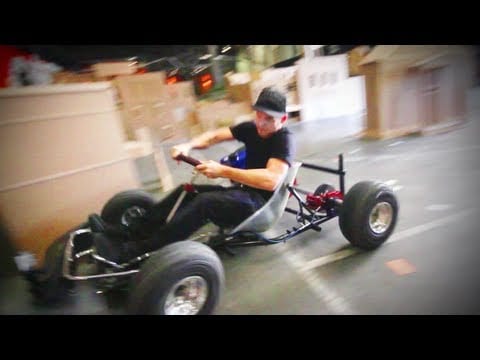 Popular YouTuber Freddie W teamed up with MTV’s Rob & Big and RocketJump to have a little fun at the Fantasy Factory.

In a miniature urban cardboard city center, a bank robbery by Rob & Big takes place. And it’s only up to police officer Freddie and team to put a stop to it. Naturally, in a mini-city, the cops ride in go-karts instead of traditional cruisers.