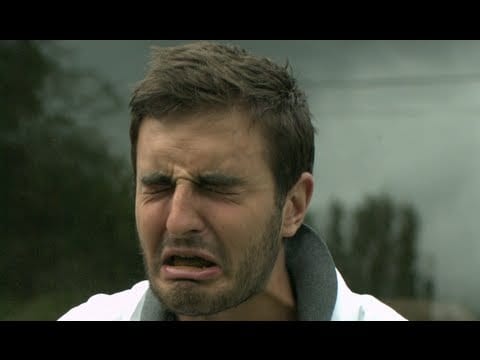 The Cinnamon Challenge is nearly as old as YouTube itself, and has been a constant source of entertainment. But never has the challenge been put under such ‘scientific’ scrutiny.

Brits Gav and Dan of the The Slowmo Guys donned on their super scientific lab coats to attempt the challenge under the lens of a super slow motion camera.

The resulting slow motion video is “repulsive,” yet fascinating.