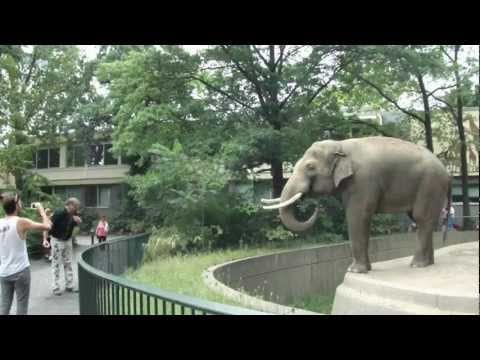 Judy Makin Amy Osborne was visiting the Berlin Zoo when they caught a rare scene of elephant on human aggression on camera. An elephant loaded their trunk up with plenty of mud (or poo?) and flung it at a man standing at the gate to the exhibit, scoring a direct hit.

You can almost see the elephant smiling with satisfaction. The video is featured on BodyBuilding, Reddit, DailyPicks, and Yababoon.