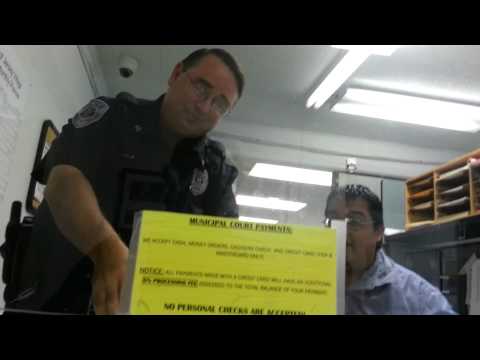 There are few things more aggravating than getting stuck with a ticket, especially when the police are obviously running a speed trap. There really isn’t much you can do about it though, except drive a little more carefully in the future.

But Bacon Moose figured he wasn’t going down without a fight. So he literally spent hours folding up 137 single dollar bills into little pigs using origami folding.

When he went to the station to pay, he was told they couldn’t accept the bills folded up. The one cop actually enjoyed the gag, and ingeniously picked up on the joke of origami pigs being delivered in a donut box to the police station.

Most YouTubers are not impressed with the video, prompting InBloodChains to say: “After watching this, i am left with nothing but respect for the calm way the people in the clip handled your bullsh–. what did you think to accomplish with this?”

The OP couldn’t help but point out the success of his video, which now stands with over 670,000 hits in just one week.

“Actually, some fortune teller told me that if I did it, it would make the video go viral and show up on pretty much all the news networks and all over online. Pretty damn good fortune teller huh?”