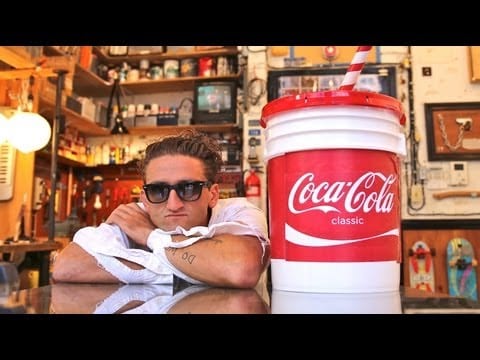 By now you’ve probably heard the news that New York City has passed a sugary drink ban on sizes larger than 16 oz. But the problem with the ban–whether you agree with the original idea or not, or the the execution of the idea of the idea or ot–is that it’s full of loop holes.

Grocery stores can still sell any size drink, and since 7-11 isn’t regulated by the city, they can continue to offer their world famous large sized Big Gulp fountain drinks.

It’s a sticky situation that New York Times contributor Casey Neistat attempts to take on in his latest video.