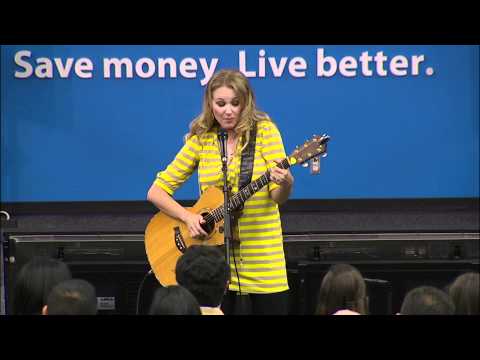 Walmart has been a permanent running joke on the Internet for a while now, especially after the PeopleOfWalmart website, which mocks Walmart shoppers, went viral.

For some horrible reason, Jewel’s and Walmart’s PR people both made the big mistake in thinking that posting a newly collaborated Walmart Song on the Internet would be a good idea.

The music video was posted on Walmart‘s YouTube page in March, but it has only gone viral now. And not the good kind of viral.

More like the ‘this is so bad, you just have to see it’ kind of viral. Probably not the kind of viral a music star in the decline, and the world’s largest retailer are shooting for. Currently, 91% of the viewers dislike the video.