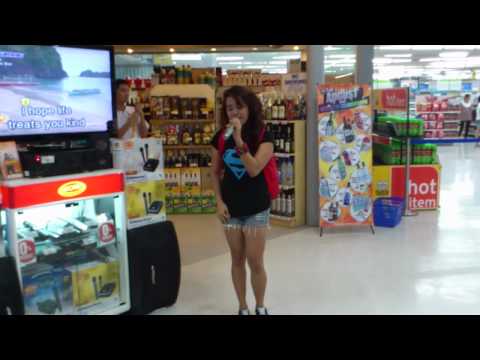 Youngjay0918 found a karaoke machine in a grocery store and set up I Will Always Love You, the international hit single by Whitney Houston.

No one could have expected such a professional performance to come from a karaoke machine in the supermarket that has now gone viral after beening posted online by The Real Singapore. Shoppers stopped in awe to watch the young woman smash the song out of the park.

The video already has garnered more than half a million hits, and is featured on HyperVocal, BuzzFeed, and NBCNews.