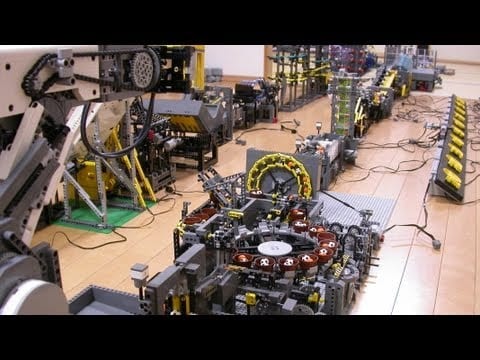 Nothing fascinates kids, and secretly adults, more than those big ball factories in museums and play centers. Akiyuky is also a huge fan of toy ‘factories,’ and built his own epic Lego one out of seventeen smaller systems.

The factory can ‘process’ one ball per second, holding a total of 500. The new viral video already has over 7,500 likes, and is showcased on LaughingSquid, DigitalSpy, Metro, and CNET.