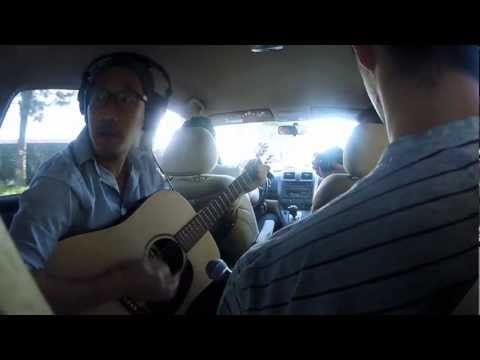 Like so many bands out there trying to make it, , comprised of poor students and artists, was literally surviving day by day. Sometimes after a gig, they would have to ask the audience if anyone had room for them to crash for the night.

Being short on cash meant they didn’t really have anywhere to record, so they decided to make the music video for their song Fight To Keep in their Honda Fit.

Honda loved the music video, and as a thank you, setup for Monsters Calling Home to perform as the musical guest for Jimmy Kimmel Live. Of course, they had to make it a surprise.

Now, the video has over 325,000 hits, and is featured on YouTubeTrends, , and AutoBlog.