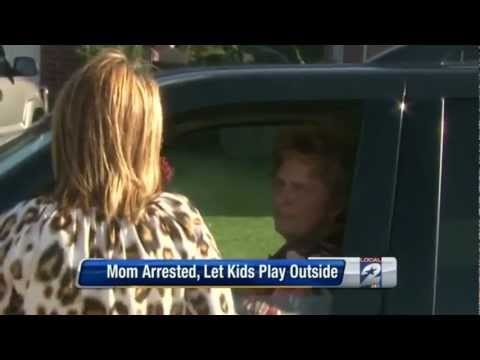 Viewers are outraged after a Texas mother was arrested for charges of child neglect while she watched them play on their scooters in front of her. She had to spend the night in jail, and now is suing La Porte Police Department, the officer, and one nosy neighbor.

KPRC reports the whole story started when mom, Tammy Cooper, was sitting on her front porch watching her two kids, ages nine and six, play on their scooters in their calm, suburban cul-de-sac.

For some horrible reason, her neighbor called the police on her for apparently abandoning her children.

These are scary times. Most netizens can’t help but express that even if mom was inside making lunch there’s nothing wrong with kids playing outside unsupervised, and that police were never the answer. Couldn’t Nosy Neighbor first check on mom first before calling in the SWAT team?

Reddit user Kindall also points out the irony of her obviously unwarranted overnight imprisonment: “Even assuming the kids weren’t being supervised properly, it’s pretty damn hard to supervise your kids from jail.”