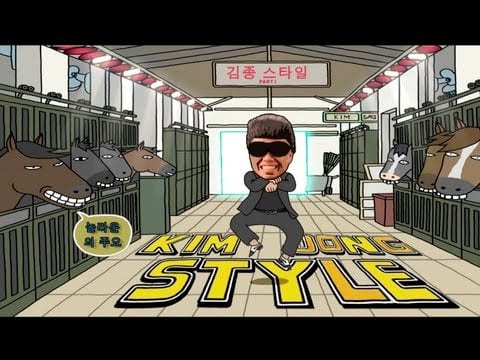 No two countries from such similar backgrounds are more different than North and South Korea. After the Korean War, the South became a democratic capitalist state while the North became a socialist dictatorship. A satellite photo of Korea at night truly portrays the stark differences between the two countries.

Korea has started to cruise down the mainstream ever since South Koreak KPop star PSY hit the Western Internet with his hit single GANGNAM STYLE. There have been countless dance music videos of the song, but few true parodies.

Leave it to popular humor channel Barely Political to make an instantly viral spoof of the song, poking fun at the idea of the song actually originating in the much more grim and dark North than the bright and vibrant South.