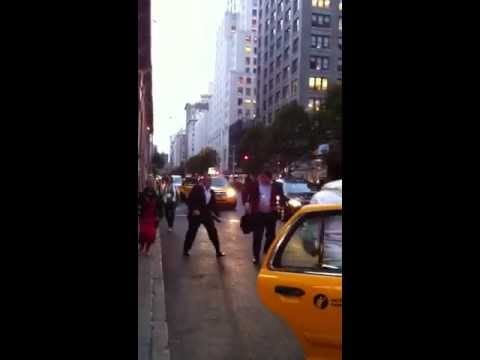 It’s probably been done too many times to count in movies and TV, but has anyone actually seen two people fight over a cab, let a lone two business men in suits?

Well, in the Big Apple anything is possible, and now that nearly everyone is equipped with a camera, it’s all being documented. And New Yorker Iamcalsen caught the old cliche of two businessmen fighting over a taxi on their smartphone.

The two businessmen wrestled like you’d expect two people who spend most of their life in an office building to fight. If only someone told them that there are over 40,000 cabs in New York City. There just might be another around the corner.