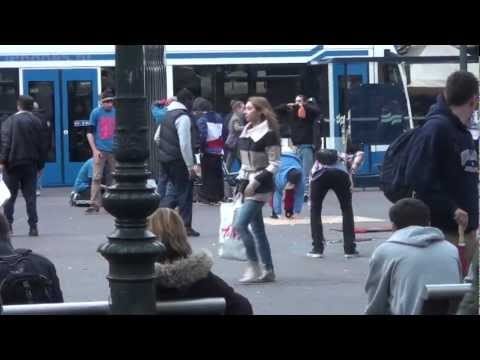 If you’ve turned on a TV, radio, or Internet connection in the past week, you’ve no doubt had Apple iPhone 5 ‘news’ shoved down your eyes and ears.

So for those simply sick of all the nonsensical, seemingly constant media-hype and ‘coverage’ surrounding each Apple iPhone release, this prank video is especially satisfying.

Danish iPhone channel iphoneNL took the freshest iPhone 5 they could get their hands on, and super glued it face down to the ground in a busy Amsterdam square. Then they hid with cameras rolling as countless passersby attempted to retrieve the expensive, sought-after smartphone.

After realizing the phone isn’t budging, they quickly realize it must be a gag. The new video has already garnered more than 170,000 views, and is showcased on sites like MostWatched, Mashable, HyperVocal, and WebProNews.