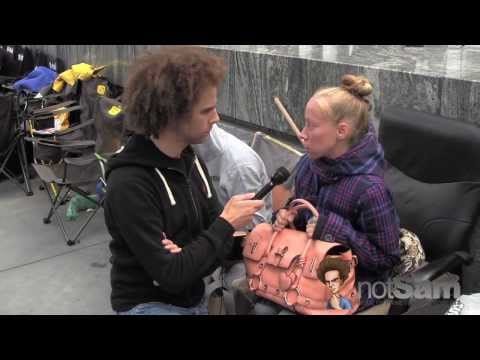 By now you are probably sick of hearing about Apple, but another video has gone viral concerning the newly release iPhone 5. YouTuber Not Sam went to one of the iPhone 5 waiting lines, and found the jack pot interviewee.

Calling her eccentric isn’t enough, but whatever she is people love to laugh at her, causing the video to go viral in just one day.

Some accused Rachel to be a fake plant, a simple actor. Others say she’s obviously ‘not all there,’ and it’s wrong to post her online and make fun of her.

The new video has over 35,000 hits, and is showcased on DailyOfTheDay, Reddit, Yababoon, and VideoSift.