Advertisement
Video > Insisting To Strangers ‘That I’m Not Gay’ Prank

Insisting To Strangers ‘That I’m Not Gay’ Prank 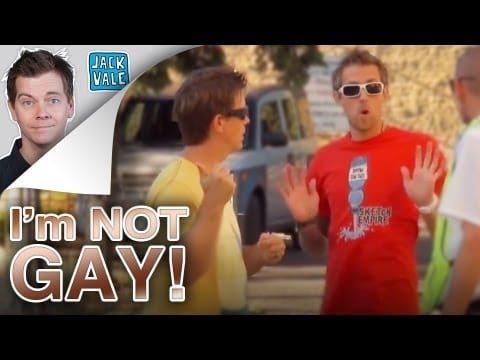 Popular pranksters Jack Vales and Roman Atwood teamed up again for another horribly awkward prank. The two walked around a busy sidewalk in the city insisting to complete strangers that they were not gay.

Even when people didn’t even look at them, Jack and Roman would interrupt their business just to make sure they knew that “I am not gay. Not gay…”

People’s reactions naturally vary from confusion, to laughter, to even anger. Some people just don’t like gay being brought up, whether you are insisting you are gay, or not.