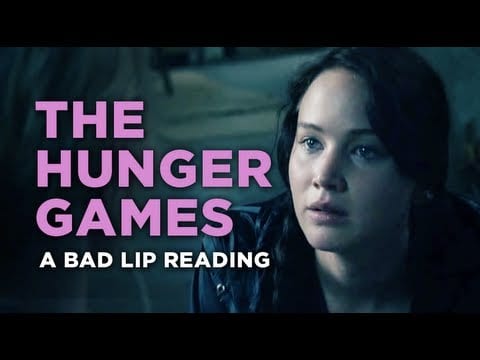 The hype surrounding the summer blockbuster The Hunger Games has obviously waned, but that doesn’t mean it’s no longer popular with nerds.

The people at Bad Lip Reading know this, and made this parody tape from the film to tickle the funny bone of fans across the web.

And pleased they are. The video has already garnered over 1.7 million hits and 36,000 likes just since being published last Thursday. MarySue, Mashable, PerezeHilton, Neatorama, and Examiner are all fans of the video as well.