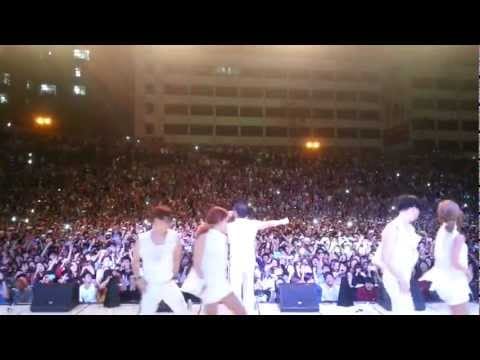 PSY has become an international sensation after the much success of his hit single Gangnam Style. But he is cherished no greater than in his home country of South Korea, where his pop music sensation began.

Naturally, the younger generation are more in sync with PSY’s fresh sound, and showed their enthusiasm at a recent concert at Kyonggi University in Seoul.

The students sing aloud so loudly, it sounds like they are part of the track. Now, that’s a concert.