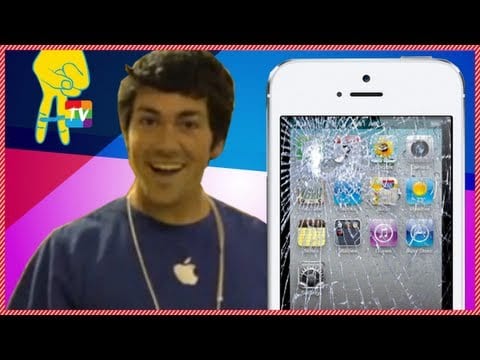 As soon as the iPhone 5 was released last week, comedians quickly got to work to capitalize on the event.

AwesomenessTV made this hilarious prank where Alex Goyette dressed up as an Apple ‘Genius’ and carted around a stack of boxes that were seemingly full of new iPhone 5’s fresh off the truck in front of people waiting in line for the new Apple smartphone.

After getting everyone’s attention with loud comments like, “You guys know what these are, right?” Alex ‘accidentally’ spilled the box tower to horror of the waiting Apple fans.

The look on their faces!