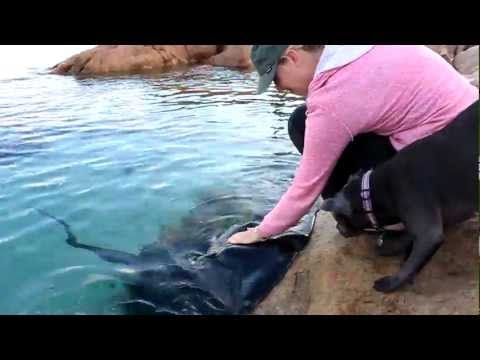 Lots of people get the chance to get up close and personal with sea life they would never encounter as zoos and aquariums around the world.

But there’s just something so more more magical, so much authentic, about encountering a wild sea creature like a stingray in the wild.

Aussies Aliben49 and his ladyfriend somehow found a stingray near the shore at Dunsborough boat ramp in western Australia. Having extra fish on hand, they fed the ray and even offered some snuggles.