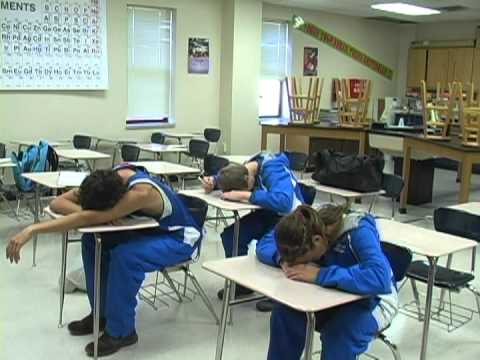 It seems the more the federal government tampers with schools, the more issues arise. For years, parents and teachers have been complaining about the abhorrent federal school lunch program. Meat served to America’s youth doesn’t even meet the standards of McDonald’s and Burger King, two restaurants not famous for their high quality.

Now, with Michelle Obama at the reins, the lunch program is attempting to reverse the years of fattening junk food served at America’s public schools.

But it seems they have gone too far, capping meals for ALL students at 850 calories. No matter if you are a 200 lb wrestler, you receive the same meal as the scrawny math nerds. As usual, the broad brush of generalizing fails again.

Some students have teamed up to protest the new program, and made this music video parody of fun’s hit single We Are Young. The kids sing ‘We Are Hungry‘ instead. Already, the ten day old video has over 430,000 hits, and has been showcased by TheBlaze, Inquisitir, and DailyMail.