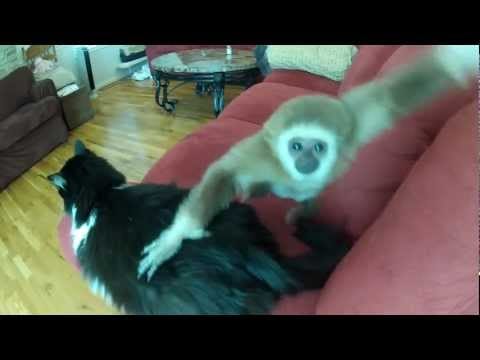 Midwest Tongs rescued an adorable White Handed Gibbon Ape that they appropriately named ‘APEril.’ The six month old ape is in a playful mood, but her roommate, Chuck the cat, does not share the sentiment. Nevertheless, Chuck is patient and allows the shenanigans.

The cute duo are showcased on Gawker, Stuff, WhatsTrending, HuffPost, and Metro.