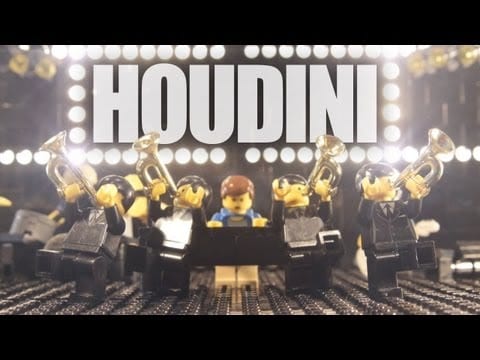 Dylan Woodley is seventeen and is still playing with Legos. Well, not exactly playing. He spent hundreds of hours working with Legos and cameras to create this impressive stop motion music video for Foster The People’s single Houdini.