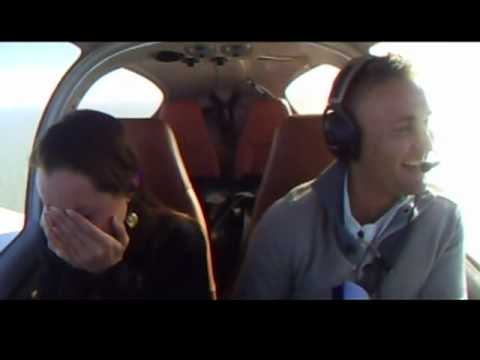 How many unique and creative marriage proposals can people on the Internet think of? Apparently, an infinite amount, because new one-of-a-kind, emotionally moving proposals are constantly being posted online everyday.

The latest proposal video to make the headlines, appropriately titled ‘In Descent Proposal,’ tells the adorable story of pilot Ryan Thompson who took his girlfriend out for a fun day of flying. Once the couple was in the air, Ryan told her that there was a serious problem, and asked for her help going through a checklist.

She was obviously and appropriately terrified, but when she realized she was reading an engagement proposal, the fear in her face melted off into a big smile of surprise.