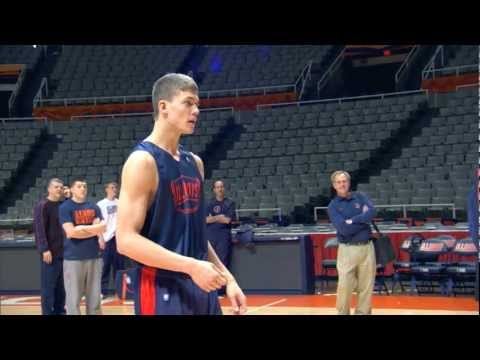 This powerful video was published back in March, but has just surged in viewership now after being picked up by the blogsphere.

After his father passed when he was only six, Meyers only had his mom and his slightly older big bro to look up to for support and guidance.

Though only older by 22 months, Bailey even says that he felt like a father figure for Meyers while they were growing up.

Now that Bailey is a marine in Afghanistan, and Meyers is just about to start in NBA, they both have to stand up by themselves.

Meyers was obviously extremely worried about his big brother’s safety, so when Bailey surprise visited him from the Middle East during ball practice, Meyers was really shocked and let it all out.

The powerful story is further featured on ESPN and OregonLive.