Advertisement
Video > The Most Brutally Drawn Out Showcase Showdown Bid Ever

The Most Brutally Drawn Out Showcase Showdown Bid Ever 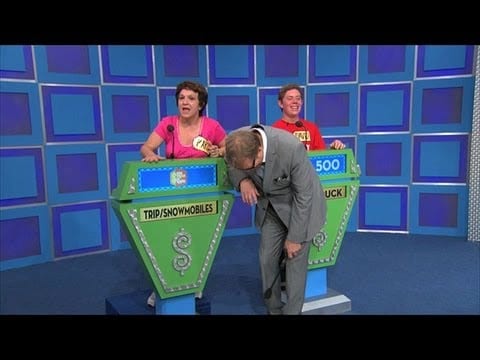 What you see on television isn’t the whole story. Editors have drastic cutting and pasting to do, and that was definitely the case in this The Price Is Right showcase showdown bid that was the “Longest… Bid… Ever.”

For Mary’s showcase, she had to bid on two snowmobiles, designer coats, and trip to Finland. And she obviously has never used money before, because she had no idea what was going on.

Mary sure is a one of a kind contestant, but no one beats Joy who is literally the worst, and yet the best, TPTR contestant.