Cranky Baby Will Only Eat While Gangnam Style Is Playing 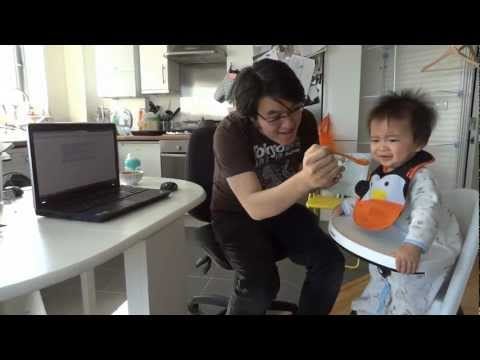 Every parent knows the true hell that is trying to feed your cranky, fussy child. As Louis CK relates about his kids when they just won’t eat, “Just eat it! You’ll die you idiot; eat the food!”

Andrew Tsai has the same problem with his cute ten month old son Benjamin. The little guy just won’t eat his baby food. That is, unless, Korean one hit wonder Gangnam Style is playing.

Then, little Ben is immediately anesthetized and his jaw drops for dad to shovel as much food in during the short window. The adorable video just went viralviral, and is further featured on HuffingtonPost, Blippitt, and DailyPicks.