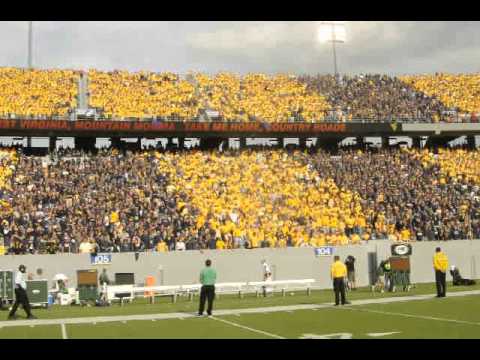 Many sporting events between feuding teams ends in resentment, bitterness, and sometimes even violence. But the opposite was the case at the end of the Big 12 opener West Virginia University game against the Baylor Bears.

John Denver’s famous American country song Country Roads came up on the loud speakers and nearly the entire stadium stayed in their seats to sing along. It was a powerful scene, captured by Kevin Dalton, that has gone viralviral.