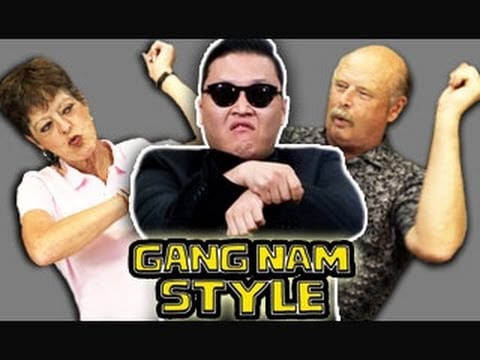 If there was ever a fad or meme for The Fine Bros to show elders to and see how they react, it’s the South Korean sensation Gangnam Style.

Interestingly–besides for offering old people semi-racist comments–they react like almost everyone, saying they like it even though they can’t understand.

Naturally, mixing the viraviral Gangnam sensation with cute old people is recipe for another meta-hit video.