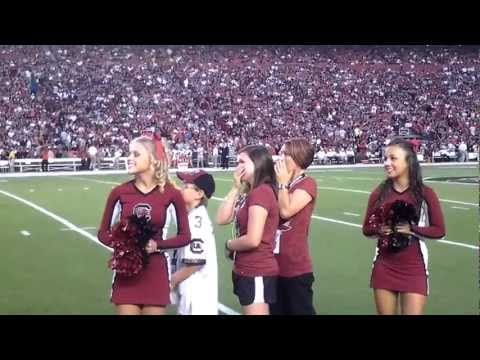 When someone decides to serve their country, people often forget the sacrifice their whole family has to endure. One such family is the Faile family from South Carolina.

Their husband and dad Sergeant First Class Scott Faile had been serving over seas for a very long time, so when the family was honored on the field at this past weekend’s Gamecocks game, they naturally became emotional when they saw Scott give a touching message on the jumbo video board.

What they never expected was after the message for Scott to appear home from war early to greet them with open arms as the crowd cheered like crazy.