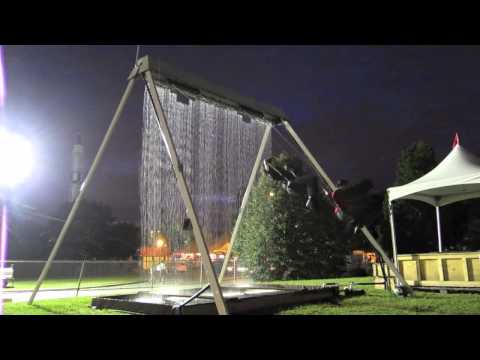 This video from January just went viralviral only now, garnering over 200,000 views after being featured on Reddit.

As each swing rider reaches their highest point, the computer controlling the waterfall stops the flow at the exact moment for the rider to pass under completely dry. This model, created by Dash7Design, was featured at the 2011 World Maker Faire at the New York Hall of Science.