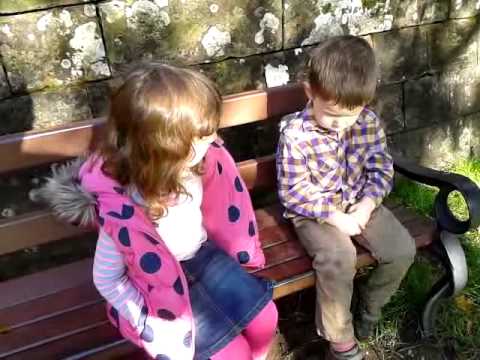 Growing up is hard sometimes. You just gotta toughen up through the bad parts, and that’s exactly what Gabriel’s older sister tells him after he finds himself in hot water.

In her adorable British accent she opens his eyes to all of life’s hardships as if the scene was a child’s version of a serious and dramatic soap-opera.

Lee O’Donoghue caught the precious confrontation on camera that has now gone viralviral, and is featured on sites like CBS, HuffPost, Mashable, and TheDailyWhat.