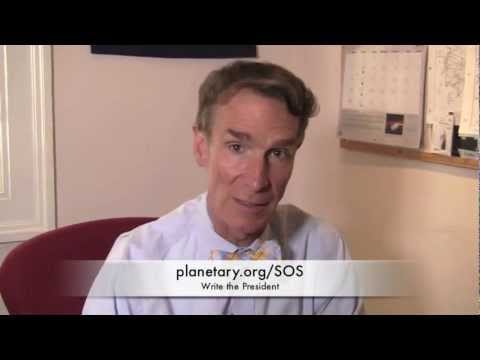 Internet favorite Bill Nye The Science Guy and his organization Planetary Society has turned to their fans online for help. Bill wants his followers, and all those who care about science exploration, to write the president of the United States, and ask Barack Obama to restore the budget for planetary science.

With the economy and government wallet in crisis it may seem like the wrong time to ask for money. But when compared to bomb building and corrupt lobbying, the budget for actual science resembles barely a penny of the Federal ‘dollar’ budget.

The video was published at the start of the weekend, and already has over 325,000 visits.