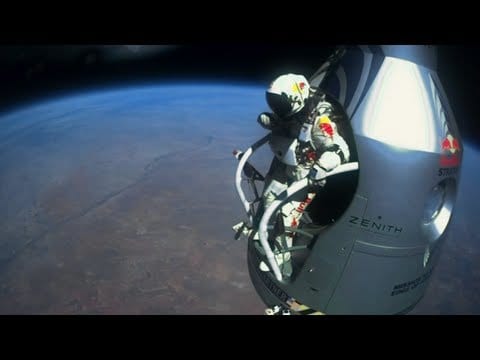 After high winds delayed the event last week, Daredevil Felix Baumgartner has finally made history over the weekend performing a record breaking jump from space.

The 43 year old Austrian teamed up with Red Bull Stratos to accomplish the incredible 128,100 feet jump from the stratosphere that also helped him pass the speed of sound. The skydiving pro reached a high speed of 833mph during his four minute free fall.

The story is further featured on ABCNews, MSNBC, and WashingtonPost.