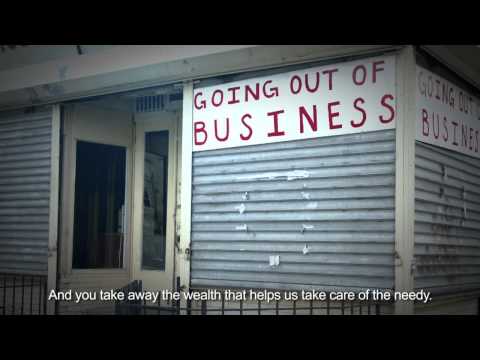 With the presidential election coming closer everyday, radio, TV, and YouTube have been simply covered with political ads and messages. That trend will only grow until the big day.

So what makes this latest viralviral political ad–that already has over a quarter million views–different? It’s completely paid for by just one person. Thomas Peterffy.

He was born in socialist Hungary and saw how the nation only became poorer and poorer.

He dreamed of moving to free America and when he was old enough he finally did. He was motivated to achieve the American dream, to succeed, and did; he is now a billionaire.

But recently he sees that the country is going in the same direction he recognizes from his childhood. To fight this progression, he literally put his money where your mouth is and published this commercial to spread his anti-socialism message. CNN reports the bill is around $5-10 million.